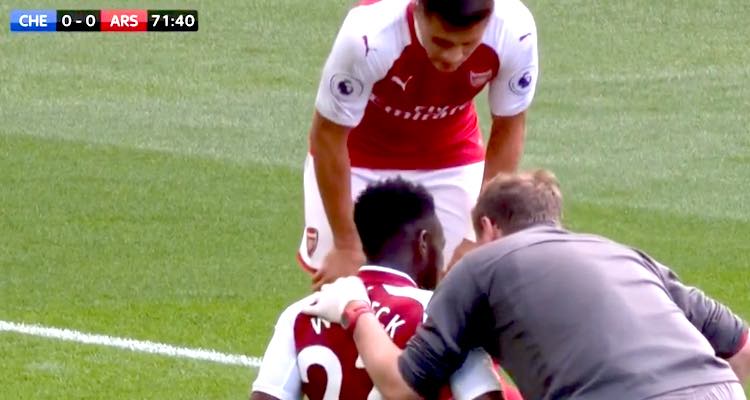 By any reasonable standards Arsenal’s start to the Premier League season has been relatively tricky. Away games at bogey team Stoke and at Liverpool, as well as a game at Stamford Bridge against the Champions. The two home fixtures were ones we were fully expected to win, and we did, but it was what we did on the road that was going to set the mood, so to speak. In that regard, despite the difficulty of the games, to come away with just one point is disappointing, and after five games we sit in 12th, with 7 points, 6 points behind the leaders, and with a goal difference of -1. It is too early to get a real measure of the table, five games is such a small sample size, but it’s fair to say that the next month or so gives us a chance to correct that somewhat. The next five Premier League fixtures are: 25.09.17 – West Brom (H) 01.10.17 – Brighton (H) 14.10.17 – Watford (A) 22.10.17 – Everton (A) 28.10.17 – Swansea (H) N0t easy games, you can’t allow yourself to think like that, but easier games, and a real chance to get some points on the board. After that there’s an away trip to a currently rampant Manchester City, at which stage we’ll have another chance to see how well learned the lessons of Anfield were in terms of how we prepare and set up for it, and then a North London derby at home. So it’s important to get some momentum going because we will need it. Don’t forget, there are other games sandwiched between those. Tomorrow we’ve got Chupacabra Cup action against Doncaster Rovers (more on that and the serious rotation we’ll see tomorrow), as well as three Europa League ties against Bate Borisov and Red Star Belgrade (twice). There’s plenty of football to get our teeth and feet into. One man who most likely won’t be around for the next few weeks is Danny Welbeck, who is set to miss at least 4 weeks with a groin injury that he picked up against Chelsea on Sunday. I would say that when it comes to those kind of injuries, that’s a conservative estimate, they can often take longer to heal than you’d like, but fingers crossed it’s not too serious. Arsene Wenger seemed a bit pessimistic about it in the immediate aftermath of the game, but the England striker is due another scan today, at which point we should get a better idea of how long he’ll be out. There will, of course, be some who’ll say that Welbeck’s finishing is such that we won’t miss him, but I think that underestimates how much work he does in that position to the left of the striker. I think his grounding at Manchester United under Alex Ferguson makes him a very conscientious player, someone who isn’t going to shirk his defensive duties, and if you’re looking to press the opposition high up the pitch his stamina and athleticism make him a great proponent of that. He also has three goals to his name this season, and an assist, so it’s not as if he hasn’t contributed. That said, the obvious replacement for Welbeck is Alexis Sanchez, so things could be a lot worse. The Chilean has been eased back into action by Arsene Wenger since his late return this summer, which is quite unusual actually. We’ve normally been less cautious about playing him, banking on his inherent fitness and physical conditioning to see him through, but this time around the manager has preferred to keep him on the bench for the Premier League. He gave him the full 90 against Cologne, to get those minutes under his belt, and he’ll have another full week of training too before we face West Brom next Monday. The door has been well and truly left open for his return due to the injury to Welbeck, and now we’ll see what he can do with a run in the team. I know there are people who have doubts, that he might be upset or unmotivated because of what happened in the summer, but I don’t really share those. He is who he is, he loves to play football and he loves to win. Also, let’s not pretend he’s been denied a lifelong dream to go to Man City or something. Yes, he might have wanted it, it might have suited him, but he didn’t grow up in Tocopilla hoping that one day he might be able to pull on the famous light blue shirt of the second team in Manchester who are owned by Abu Dhabi United Group for Development and Investment. Sure, it makes a good story in the media to play up every little thing that happens, as if each gesture, each reaction to something, is evidence that he is some kind of impoverished, beaten-down football hostage, but that’s really not the reality. Even during the Chelsea game he was accused of laughing when Lacazette missed, but if he was laughing at that it means he doesn’t care, and if he didn’t care he wouldn’t be on his feet in the first place. It’s laughable, but then that’s the modern media climate we’re dealing with. All the same, there’s an onus on him to produce, and need for him to produce. This is a team that needs in injection of something right now, and a player of the quality of Alexis Sanchez is the perfect candidate to do that. Righto, I will leave you this morning with yesterday’s Arsecast Extra, in which James and I discuss the Chelsea game and everything else around that, as well as lots of listener questions about Ozil and Sanchez, Mustafi, terrible crisps and lots more. Listen/subscribe below. Till tomorrow.

This Arsecast Extra was recorded with ipDTL   The post Friendlier fixtures upcoming as Welbeck’s injury opens the door for Alexis appeared first on Arseblog ... an Arsenal blog.